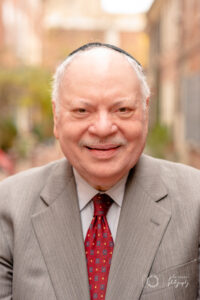 Alan Kalish was born in Brooklyn New York and grew up in Philadelphia, PA.
He attended public school and graduated from Northeast High School in June 1965.
He also attended Gratz Hebrew High School and graduated in June 1965.
In September 1965 he entered Temple University and graduated with a BA in Sociologoy in August 1969.
While attending Temple he enlisted in the US Naval Reserve. He reported for Active Duty on September
30th 1969.
His first assignment was the USS Northampton CC1. This was the presidential command ship. In Jan
1970 he was transferred to the USS Conyngham DDG17. A Guided Missile Destroyer. He first was
assigned to the Ship’s Office and when he rose in rate to a 3rd Class Yeoman, he became the Weapon’s
Department Yeoman.
The ship had operations in both the Caribbean and the Mediterranean Seas. During these cruises he
visited every Jewish community in the area.
The experience of being a member of a ship’s crew, being sea and serving in the US Navy was a life
changing experience and one he views as one of his most rememberable experiences in his life.
Within a week of being released from active duty he had arranged to attend Ulpan Etzion in Jerusalem,
Israel. An uplan is a school to improve or learn Hebrew for people planning to live in Israel.
Alan was still in the US Navy as part of the Standby Reserve and was Honorably Discharged in September
1973.
He lived in Israel until May 1972 and moved back to Philadelphia, where he enter the life insurance
business as an agent of Phoenix Mutual Life Insurance Company with the Keystone Agency. The agency
manager was Sidney Friedman.
He developed the area of Employee and Executive Benefits as his speciality.
His focus on Group Employee Benefits help created many group accounts.
He earned the CLU, RHU and REBC designations from the American Collegel.
He formed Kalish Financial Services LLC in 1999.
He continues to help individuals, families, and businesses with their life insurance, disability income
protection and medical insurance needs.
He represents all the major health insurance and goverment Afforable Care options.
As well as all national life and disability insurance companies.

Kalish Financial Services will be celebrating their 49th year in business this year and look forward to their
50th Anniversary in July 2023.
Alan is married to Sandy Kalish. They have six children, all married. They have now 31 grandchildren
and one great grandchild.
Their children live in Denver, CO, Far Rockaway NY and Jerusalem, Israel.
This year his daughter Dafna Michaelson Jenet has joined his firm and will be developing her insurance
business similar to her fathe’s agency in Denver, CO.
Alan’s interests and hobbies are gardening, photography, cycling, and reading. He reads extensively in
American History, English/European History, Jewish history and other Jewish subjects.
He and his wife reside in Rhawnhurst section of Northeast Philadelphia.